In my last post I described how to build a High Sensitivity Arduino Sound Level Detector. Another useful type of sensor to determine if something interesting is going on in the environment is a vibration sensor. In this post I use a piezo element as a raw sensor to detect vibration. I found the raw piezo generated a very small signal. To greatly improve its sensitivity I used epoxy to glue a fishing weight to the piezo sensor. The piezo drives a load resistor of 1M in parallel with a 5.1v Zener diode just to protect the IC's against any large voltage spikes in the event of a large physical bump. I found the raw output of the piezo unsuitable for direct input to the Arduino as it is typically a very small voltage signal and needs amplification, so I amplify the signal from the piezo with a 221 gain non-inverting op-amp using one side of an LM358. I use the other side of the LM358 for a comparator. The sensitivity of the vibration sensor is controlled using a potentiometer for the threshold (negative) input into the comparator. The other (positive) input to the comparator comes from the amplifier of the piezo signal. The output of the comparator provides a direct input to Arduino Uno digital pin 8. To hear when it senses vibration I use a simple piezo buzzer driven directly from Arduino Uno pin 13. Below is the circuit diagram: 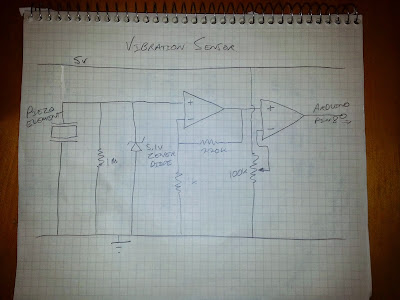 ... and the breadboard circuit: 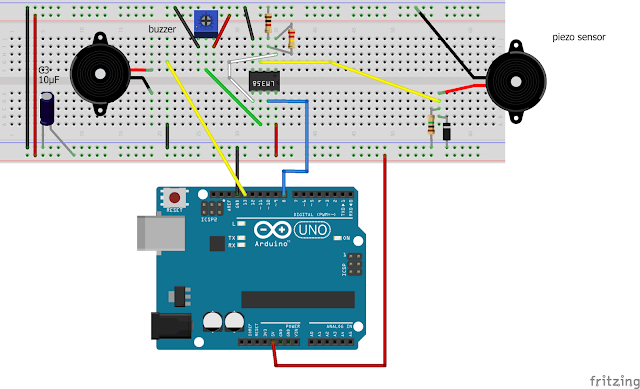 Here is the actual prototype: 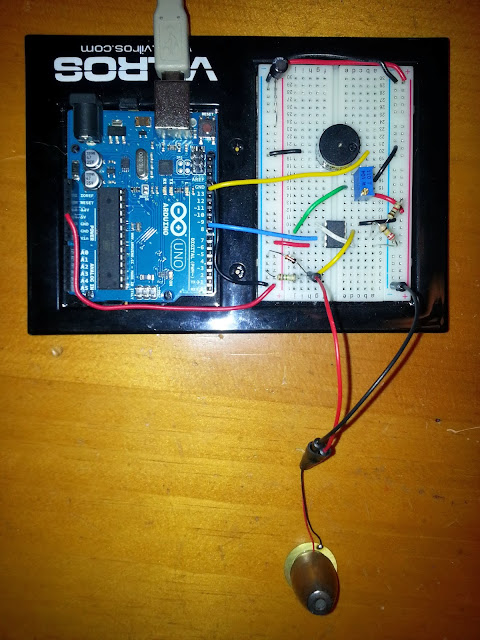 ... and a close up of the piezo element with the fishing weight glued on with epoxy for added sensitivity: 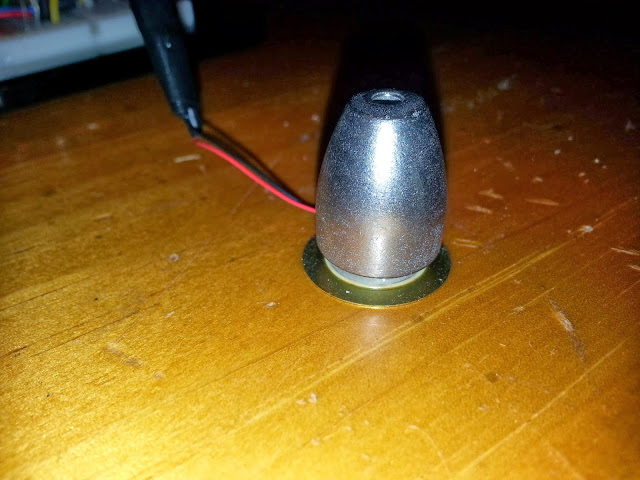 Here is the sketch I used on the Arduino Uno: 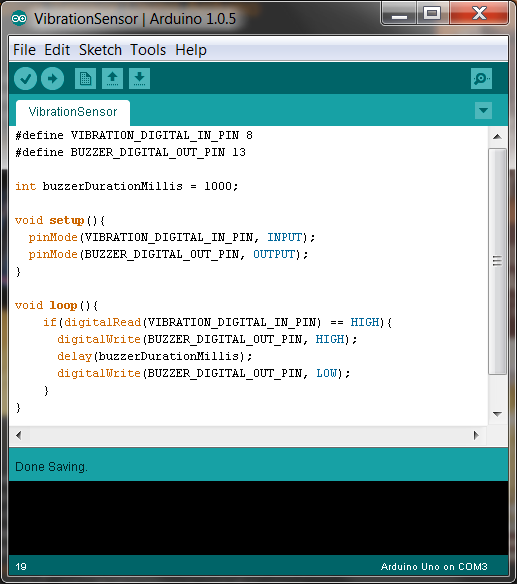 If you want to use this as a starting point you can copy / paste from below: Enjoy. Let me know if you make any cool improvements on this. Note: if you notice your output locking in on state try lowering the feedback resistor of the op-amp from 220k to something lower, for example 160k. Update: I later added a 0.1uF capacitor to connect the output from the piezo element to the input of the op-amp, also grounded on the op-amp side using a 100k resistor. This acted as a DC decoupler and effectively lowered the comparator threshold required to detect vibration. Below is the updated circuit diagram showing the refinements for reducing the gain to avoid op-amp output lockup, and DC decoupler on the input. 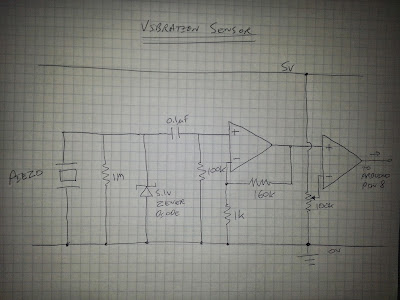 If you are wanting to differentiate single bumps from vibrations you may also be interested in this blog I did on an Arduino sketch that can be used to avoid false positives. You may also want to look at my subsequent blog on how to use these in an open door or tailgate down sensor which also uses a Reed switch. If you are interested in how this type of sensor can be integrated into a broader solution that includes notification of detected vibration on a users Android phone see Detect Intrusion with Passive Infrared, Sound, or Vibration Follow @davidhoulding
Posted by David Houlding at 5:42 PM